Dirtiest Teams in the Premier League 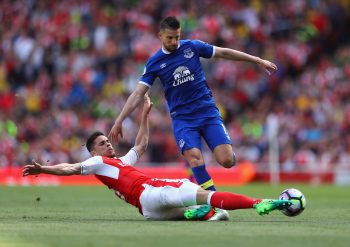 Football dirtiest teams in Premier League history have been revealed with Chelsea and Derby County topping the charts.

The Spreadex study, which looks at the number of red cards and yellow cards picked up by all 49 teams over the competition’s 27-year history, ranks teams either by total cards given or average cards per game.

Everton, Arsenal, Spurs, Manchester United and West Ham join Chelsea in the teams with the most cards picked up in the top flight.

For teams averaging the highest for bookings and sending’s off per game during their time in the Premier League, Derby is followed by Sunderland, Hull, Watford, Barnsley and Stoke.

Liverpool, while coming out relatively high in total yellow and red cards due to the number of seasons spent at the top, actually rates as one of the more disciplined sides in terms of average cards per game.

For the last three seasons in a row, Jurgen Klopp’s side has had the lowest average bookings or sending’s off per game from all 20 teams.

The study, conducted by spread betting firm Spreadex, is based on Team Bookings Points of 10 points per yellow card and 25 points per red card for every game played by every side in the Premier League.

“However as it’s the teams that have played longest in the Premier League that have accumulated most Bookings Points, the Average Points Per Game table is perhaps more telling.

“At the other end of the football table, Oldham, Swindon and Blackpool – who have totalled just four seasons in the Prem between them – are among the bottom six ‘cleanest sides’, suggesting they were perhaps just a bit too nice to stay in the top flight.

“Liverpool though is proof that you can keep it clean and still play impressive football. Jurgen Klopp’s side has had the lowest Bookings Points for the last three seasons in a row and this term average just a measly 8.8 per game at less than a booking per match so far from 8 games played.”

Up to £100 Bonus at bet365 Casino
* Up to £100 Casino at bet365 New Player Bonus! New Casino at bet365 customers only. Deposit min. £10. Applies to first deposit to Casino only. Max. bonus £100. 15x wagering (game weighting applies) on deposit and bonus to make the bonus balance withdrawable. Time limits and T&Cs apply.

Up To 50 Free Spins New Player Offer
* New Vegas customers only. Deposit between £10 and £50. Wager 4x on eligible games to receive 1 Free Spin per £1, up to a max. of 50. Time Limits, game restrictions and T&Cs Apply.

100% To £100
* Welcome bonus to new players only. Max bonus id 100% up to £100. Min deposit £20 no max cashout. Wagering is 35x bonus. Max bet while playing with a bonus is £5. Eligibility is restricted for suspected abuse. Cashback is cash with no restrictions. Skrill & Neteller deposits excluded

Buy in with £10 get a £30 bonus
* Opt-in required, x1 per customer, new Vegas customers only. £10 buy-in required to receive £30 bonus, with 50x wagering on bonus. Bonus expires 7 days from issue. Game, player, currency and country restrictions and terms apply.

Up to 100 free spins on Starburst on first 3 deposits
* New players only. Wagering occurs from real balance first. 5x wagering the bonus or any winnings generated from free spins, contribution may vary per game. The wagering requirement is calculated on bonus bets only. Free spins valid for 7 days from issue. Minimum deposit £/$/€20. Max conversion from free spins: $/£/€ 20. Excluded Skrill deposits

100% Bonus on your 1st Deposit up to £300
* 100% bonus up to £300 on your first deposit · New Customers Only · Min Deposit £10 · 50x WR · Offer must be accepted within 72 hours. Bonus Valid for 30 Days · Max bet restrictions apply · Bonus can't be withdrawn. Bonus can only be spent on Slot Games · Skrill/Moneybookers and Neteller are not valid for this promo · Real money balance can always be withdrawn. 18+ Begambleaware.org. T&Cs apply